All About Nativity
The Birth of God the Daughter 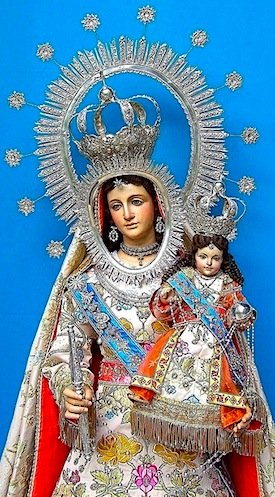 Nativity is the most joyous festival of the year in which we celebrate the birth of God the Daughter, the supernatural Child who leads us back to the Mother and makes the very existence of the world possible.

Yes, there is a fundamental similarity, though even apart from the gender question, there are many things we believe that are different from Christian belief.

Some would suggest that Nativity is based on Christmas.

It is really closer to being the other way around. There is not only no evidence, but there is not even any historical tradition or legend, that states that Jesus was born near the winter solstice. The only reason Jesus’s birth is celebrated at this time is because it fits in with older traditions of the birth of the Light-Child at this time.

So is this a myth based on the darkening of the year and the light beginning to return at the Solstice?

We would not dispute that interpretation at all. What we would add though is that this is not a case of people "putting interpretations" on natural phenomena. Rather we would say that the cycle of the year is what it is precisely because it is the outward or material expression of a supernatural pattern that is older than this planet and indeed older than the material universe itself.

At Nativity we are seeing something of fundamental importance and transcendent beauty enacted not just in mythos and ritual, but also in nature, and we believe all these things: myth, ritual and nature, are expressions of a higher and unchanging Truth.

Then this is one of the deeper differences between Nativity and the Christian view of Christmas?

An event of cosmic significance?

Literally so. The Daughter comes to redeem us, and to redeem all beings and to redeem "the world". Now "the world" does not mean one particular planet, it means the total cosmos. In Filianic cosmology, creation is fundamentally an extension of the Mother Herself. Therefore it cannot exist in separation from the Mother.

Once the world (in the form of its central or Axial being who in this world takes the form of Maid, or Humanity) separated from the Mother, logically it could no longer exist. Somehow, in order to sustain Her created universe, the Mother had to be where-She-is-not. And to do this She had to become a Being separate from Herself and yet one with Herself. That Being is the Daughter.

This is a Mystery that we can never fully understand, since it reaches to the basis of our very existence.

In the Scriptures it is put this way: when maid turned from the (solar) Mother, she could "no longer look upon Her brightness". Therefore the (lunar) Daughter is born to reflect the Light of the Mother in a gentle form that we can look upon.

To put it in another (and more cosmological) way, we may say that the Mother is the Creatrix and the Daughter the Preserver of manifestation (while the Dark Mother is its "destroyer", in-breathing all creation at the end of time).

Absolutely not. The Birth of the Daughter is a universal Event that in one sense took place "before" time as we know it. In another sense it takes place constantly and sustains the universe in being.

Both these things are hard for a time-bound being to grasp, and so – as in all such things – Dea has given us other ways to see it. We can see it as taking place annually, as part of the Cycle of the Year, and this is the way it manifests for us on this world. 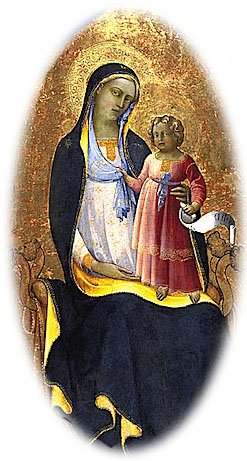 Yes, precisely. That is very important to understand. The Sacred Year is a reflection of the entire Drama of Creation. The Events do not take place in the past or in the future. They are outside time as we understand it. But they are manifested, in time and in our world, by the recurring cycle of the year.

The actual Nativity – the Birth – takes place in the Cave of the World. This is not only the inner heart of the cosmos, but the inner Secret Place in each of our hearts (not the blood-pumping organ, but the true spiritual center of our being). Because each maid is a microcosm – a little-cosmos in herself. She is a small reflection of the True Cosmos, just as the physical universe is a large reflection of the True Cosmos. Think of the Sun reflected on the surface of a great lake and also on countless tiny drops of water. It is always the same Sun.

So you are saying that the birth of the Daughter actually takes place on Nativity, in the Cosmos and in each of our spiritual hearts?

How far can we feel the Nativity? If we were truly Enlightened, we could "see" this Sacred Event completely. The veil of matter would be drawn aside and we could see things as they truly Are.

But very few people are at that stage of spiritual elevation. We do believe, however, that the "special feeling" that comes at this time of year is something far deeper than many imagine. People complain that it is commercialized, and of course they are right. But it isn't commerce that makes Nativity feel so special, it is a cosmic Event that is reflected in all our hearts. Naturally a commercially-oriented society tries to turn that special feeling to monetary advantage, and it works so well because the feeling is so powerful.

And even more powerful if one sees the Divine Daughter in Her original feminine form?

Yes indeed. Many people say that one of the true beauties of Filianic faith is that it allows them to have the true Magic of Nativity in their lives in a way that they believed they had lost with childhood.

But definitely we would say that once you see the Daughter as She is, and get out of the time-bound, historical way of looking at Sacred Events, and see them in their true, transcendent wholeness, what may have seemed a childish "seasonal thrill" suddenly comes a little closer to its true reality.

May we wish each and every one of you a happy and blessed Nativity.

The Meaning of Nativity

Janua Coeli: Gates of Heaven: How the Summer and Winter Solstices are mystical gateways that lead beyond this world

The Christmas Tree: A look at the history, meaning and symbolism of the Christmas tree and its origins as a symbol of devotion to Our Mother God

Or go to: The Wheel of the Year

Send Questions or Comments on Nativity