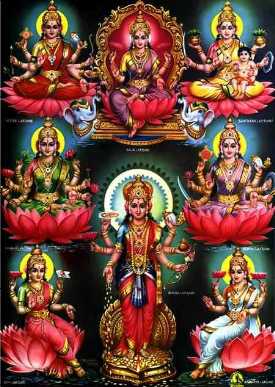 Polytheism was the subject of a recent discussion in the Chapel Chronicle and the interchange that took place led to a new coinage which we feel may be a valuable contribution to this somewhat confused sphere of Western thought.

It began with the assertion that "Monotheism was invented by the Jews" which led to the following rejoinder:

What do we mean by that? We mean that outside of the Hebraic sphere the whole monotheist/polytheist pseudo-argument has never existed. All "native" religions recognize multiple powers, but also recognize a supreme Unity. So do we.

Do we devotees of Our Mother God worship one God, or do we call Her Three? Or Seven? The question really only arises when one starts treating the matter with an inappropriate literalism.

But "polytheism" in the Hebraic sense of the term has only rarely existed and that in spiritually degenerate societies such as those of the Classical era in Europe.

Were the Hebraic traditions wrong to attack polytheism? No, because they were confronted with societies in which the multiplicity of the Divine had been over-literalized to the extent that the sense of the Absolute was almost lost. But they were certainly wrong when they imagined that Hindus or most native peoples were "polytheist" in that sense.

But to say "I believe in polytheism" – a word coined and defined by Hebraists and taking it in precisely the pejorative sense that they rightly condemned – is to say: "I believe in a universe of pure relativity in which there is no Center and no Absolute. I believe in a godless universe."

Which of course is precisely what large numbers of people do believe, but there is no warrant for projecting those very recent beliefs on our ancient mothers.

This led to a fuller explanation:

As the natural decline of the World Cycle proceeds, times arise in which adaptations and simplifications of tradition are needed in order to serve the needs of a lower and simpler humanity. Sometimes there are great waves of simplification that affect much of the world at once – like the one in the 6th century BC described in The Feminine Universe.

Even at these times some peoples will be left behind and will continue the older traditions. However, such older traditions will be too difficult for the newer humanity, who will therefore increasingly misunderstand and corrupt them.

The case in point here is Indo-European patriarchal Angelotheism (if we may coin a term) which sees God through Her many powers without losing sight of Her ultimate Oneness. The main branches of this tradition were the Indian, the Teutonic and the Graeco-Roman (leaving aside the Persian, which had already been reformed by Mazdaeism).

The Indian branch was reformed quietly from within, owing to the influence of Buddhism and the work of Vedantins such as Sri Shankaracharya. The Teutonic and "Classical" branches went unreformed and slipped into an increasing literalism. Among the more spiritually educated it never became a true "polytheism" (i.e., an idolatrous atheism), but it moved sufficiently in that direction that the Hebraic hyperbole which represented it as such was not too far wrong.

In spiritual terms, patriarchal Europe was desperately in need of reform, and that reform came, for better or worse, from the Hebraic camp in the form of Christianity.

Similar movements were undoubtedly present in earlier survivals of pre-Abrahamic traditions among the Jews, but here there comes a complicating factor – that the Jewish hierarchy had an interest in representing any continuance of the Mother Tradition as an idolatrous (i.e., polytheistic, Absolute-denying) cultus whether that were true or not. We cannot know whether the Hebrew Queen of Heaven cultus had adapted itself to the spiritual needs of the new era.

In sum, the concept of "polytheism" is a polemical one, invented by the Hebraists. Even among degenerate cults, few people would actually have applied the term to themselves. Think of it as like "fascism" in current political usage. More of a label used to brand others than a truly descriptive term.

Discussing on this on another social network, Lady Aquila wrote:

I liked the rather neat coinage ”Angelotheism” used in today’s follow-up post. It is a necessary addition to the English language which has had no means of distinguishing between the legitimate worship of Dea in Her Angels or Powers – or ”Goddess-forms” if we must – and the illegitimate denial of the One in a mere worship of demigods.

Christianity, like all Abrahamic religions, is not Angelotheist, because while it recognizes the Archangels, it does not worship them as God. Déanic religion, like Hinduism and most ”native” religion, accepts that the Janyati are both separate from Dea and one with Her – that is, at one level we can look on them as independent ”beings”, but ultimately we must recognize them as Aspects, or Faces of Dea Herself.

We were struck by this, and asked Lady Aquila whether she seriously meant that Angelotheism was a necessary addition to the English language. Her answer was extremely interesting, so let us turn the rest of this page over to her:

Yes I seriously mean that this term, or one like it, is needed by the language. Guénon pointed out on several occasions that it is difficult to discuss advanced metaphysical concepts in Western languages. That is partly because those languages have developed over the past several centuries under the influence of a proto-materialist and finally a fully materialist ideology, and also because most terms relating to "religious" matters have been shaped by the propaganda of Christian churches which – quite apart from whether one accepts their doctrines as true within the economy of their own perspective – have increasingly tended toward simplistic and "exterior" interpretations and dogmatic propagandizing on an increasingly "populist" level.

I think we have already seen how misleading the term "polytheism" is. It takes theism in the traditional Judaeo/Christian/Islamic sense and "pluralizes" it.

This is clearly heretical. It is saying there is no Absolute, no Center. To say that a circle has many centers is the same as saying it has no center. "Polytheism" of this type is simply Atheism with Titans.

It is debatable whether such a polytheism has ever existed, although it is true that when a society becomes very profanized and loses its sense of the Absolute, such an error could occur in individual cases, just as the Christian God can be reduced to little more than a "man in the sky".

The truth about what Westerners term "polytheism" is that a majority of human societies have seen the Absolute through Her various Names or Faces. In Hinduism, where this is the central belief of a highly literate culture, the philosophy behind it is expounded in great detail in many traditional works. In non-literate societies (which are not inferior to literate ones, whatever Western prejudice may tell us) the doctrine may be less verbally expounded, but anyone who knows anything about "tribal" beliefs knows that it is essentially the same concept.

The linguistic problem is that we have no word for this phenomenon. Currently, Western speakers are forced to refer to it by the patently false definition of "polytheism" which implies "many 'Absolutes' with no Center". Angelotheism simply names the phenomenon in a correct, non-defamatory way. It is a form of Theism that approaches the Divine through Her Powers or Angels, or as Déanists would say, Her Janyati.

The word Janya, literally means "born", the implication is "having her birth, or wellspring in Dea". Dea is called Ajanya – the unborn. She is the only Being who has no birth or origin. Every Janya naturally leads back to, and ultimately is Ajanya.

Does it matter if we say "polytheism"? It matters very much. Quite apart from the implicit (and originally intentional) disrespect, it causes serious spiritual confusion. Because they have no other language than the propaganda-terminology supplied by Christianity, many people actually call themselves by pejorative terms like polytheist.

That would not in itself necessarily matter. Pejorative terms often become simple descriptions. "Christian" itself was once pejorative. But the problem here is that the term "polytheism" continues to carry exactly the implication it was always intended to carry – a de facto denial of the Absolute. And coming from the profanized background of the modern West, many people can accept that and still believe they are following a "religion". They can even persuade themselves that recognizing the Absolute is part of a "Christian" or a "patriarchal" tyranny.

On the contrary. Denying the Absolute to all but themselves was the act of Hebraist tyranny. And losing the sense of the Absolute altogether, as much of the post-Christian West has done, is the ultimate consummation of patriarchy with its inherent materialist impetus.

Words matter, and if we want to discuss concepts like Angelotheism without distorting them, we must first find a way to name them correctly, rather than using terms coined by their enemies or by the merely ignorant, that sow confusion and poison the wellsprings of thought.