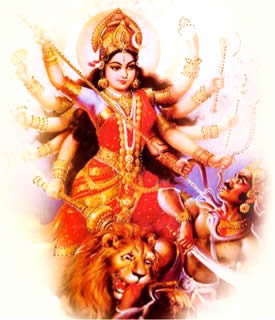 Kali Yuga, the Dharma-Ending Age, the Age of Iron. Most traditions have a name for the final Dark Age. What does it mean to us?

Modern Western thought pictures time as a straight line. Traditional thought tells us that time goes in cycles. The most recent version of Modern Western thought (a few hundred years old) sees time, in human terms, as a constant "progress". This tendency came to its fullest fruition in the late 19th and early 20th centuries, which were characterised by unbridled optimism about human progress and its Utopian future. Since then, this optimism has become decidedly muted and many views of the future are dystopian.

Traditional thought, throughout the world, has always seen the "progression" of humanity as a downward movement. And throughout the world we find a division of the cycle of human decline into four Ages. The ancient Greeks called the four ages of human civilization the Age of Gold, the Age of Silver, the Age of Bronze and the Age of Iron. The Hindus and Buddhists call them Satya Yuga, Treta Yuga, Dvapara Yuga and Kali Yuga.

To understand this Cycle, we have to realise that it is fundamentally a cycle of solidification or materialisation. Human beings – and indeed their terrestrial environment – begin close to the Spirit from which they first issue. The material aspect of things is much less in these early stages. Only gradually do beings consolidate into full materialisation, and some never do. This is why no physical remains of "mythical creatures" from earlier Ages have been found. Part of the process of history, as it relates to maidkind, is her increasing descent to the level of physical matter, with more and more of her life being tied to the physical plane.

It is natural that when this "consolidation" is near completion and maid has become wholly a creature of the material realm, numerous advances will be made along purely material lines, and ultimately, maid will forget that there was ever any other aspect to life. This accounts for the very late myth of "progress".

Kali Yuga, naturally, is the most "consolidated" of the four ages. It is the age in which a truly "materialist" life becomes possible. It is also, and for the same reason, the Age of Quarrels and conflicts. For the "downward" tendency of solidification is also the "outward", or centrifugal, tendency, away from the Spiritual Centre of being and its Unifying Principle.

This is natural, because while the Spiritual, being closer to the Primordial Unity of Dea, gives rise to harmony and concord; the more materialised we become, the more things are seen as separated and conflicting rather than rooted in their underlying Spiritual Unity.

Of the Seven Great Janyati, or planetary influences, the one that rules "strife, discord, quarrel and contention" is Sai Vikhë, or Mars. Mars is also the planet that rules the masculine principle on earth. Indeed the sign of Mars is also used as the sign of maleness. It is for this reason that Kali Yuga is also called the Age of Iron. Iron is, of course, the metal of Mars.

It makes perfect sense, then, that an era characterised by strife and conflict should also be an era in which the masculine principle is introduced into religion and gradually becomes dominant; and also that it should be the era when men become the ruling sex.

According to most calculations of the Kali Yuga, we are currently between five and six thousand years into it. This means that the patriarchal era has dominated much of Kali Yuga, but by no means the whole of it. The steady encroachment of patriarchy was, however, the most prominent movement of the early part of the Age.

Traditional texts about Kali Yuga teach us that it is a time when human beings will kill one another. Of course there has been no historical civilization (i.e. one of which written records survive, all of which are patriarchal) in which the killing of one human by another, often in large organised wars, has not been commonplace. But in early civilisations, where all or most of the iconography is female, we find no fortifications or weapons of war. These begin to appear at the same time as the male image becomes more dominant in the iconography. War and torture become increasingly predominant as the Kali Yuga moves from its early toward its middle phase, and as feminine civilization is gradually expunged from history.

Language becomes simpler as Kali Yuga progresses. It is easy to see that modern French is a simpler language than Latin, or Hindi than Sanskrit. Language becomes increasingly a tool for dealing with the material world and nothing else. The human mind becomes simpler and more materially-oriented. Studies show that the extraordinary range of consonantal sounds in ancient languages make it certain that early humanity had far finer and subtler powers of hearing and articulation than we children of Kali Yuga; and the study of ancient music, with its remarkable subtlety of rhythm and melody, confirms this.

Since patriarchy does not cover the whole of Kali Yuga, we can see that the patriarchal period is in fact a very small part of the whole cycle of human civilization.

Despite the evident negative qualities of this last Age, it is a necessary part of the Historical Cycle and has also some positive aspects. In these latter days, the Spiritual Path has been made easier for us. The Path of Love, known as bhakti, or the Way of Sai Sushuri, is especially prevalent in this time and souls can be saved simply by chanting the Names of Our Mother.

Even the strongly individualist civilization of the late patriarchal West has allowed artistic achievements of a "psychological" and "realistic" nature to flourish that would have been out of place in a more spiritually-oriented world. Modern science and technics have realised many possibilities of a purely material nature which would have seemed unimportant, and indeed unnecessary to earlier Ages wherein a more direct spiritual control over material life was possible, and in any case the physical aspect of life was far from being the most important. Indeed it is only owing to the consolidation of the terrestrial environment that modern technics have become possible, even as the earlier spiritual techniques have become increasingly difficult and diminished in effectiveness. Each of these developments of Kali Yuga, however, is valid in its own right, and they constitute the "winter fruits" of the Historical Cycle, necessary for the realisation of all its possibilities, even the more inferior ones.

To "turn back the clock" is neither possible nor desirable. Our werde (or karma) has led us into being children of Kali Yuga. It is desirable, however, to understand the Cycle and our place within it and not to be misled by the claims of its material philosophies to overrule – by their simple ignorance of all higher things – what is older and wiser than themselves. Their current effectiveness in purely material terms should not overawe us into accepting their arrogant attempts to judge their spiritual betters and to place their own last and lowest age, with its shallow materialist outlook, above all higher ages. 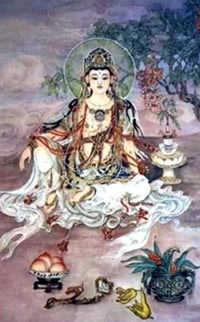 For those of us who worship Our Mother God, let us rejoice and understand that while the masculine cruelties of Kali Yuga are regrettable, the existence of such an Age is ultimately part of the Divine Mercy. For we who have, by our choices in other lives, come to a relatively low state of being at the end of a Cycle, there is nonetheless a world for us to inhabit and a Path for us to follow.

A world full of beautiful things made by our Divine Mother: a world where we may enjoy the pleasures of sight and sound, scent and sensation and may also follow the Path of the Mother, for, as it says in the Great Hymn to Mahalakshmi:

Thou Art the Giver ... of both worldly enjoyment and liberation

In this dark age, toward the end of Kali Yuga, the Spiritual Path has been made simpler for us than ever before; and our dear Mother calls us to Her, simply asking us to love Her like little children and to chant Her name.

We have not come into this Kali Yuga by accident, but because our actions have led us here. It is in many respects a dark place, yet at the centre of its darkness shines the light of our Mother, always showing us the way home to Her.

Satya Yuga to Kali Yuga – from Gold to Iron: The true Pattern of History

The Earliest Temple Known on Earth: and what it tells us about the Ages of Maid and of the World.

Do you worship Our Mother God?

Read your Bible: The Gospel of Our Mother God