Maria Mantra MP3
A Universal Invocation to Our Mother God 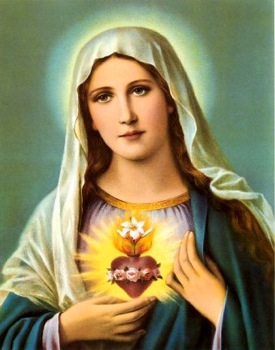 Marya is a Universal Name of Our Mother God. This mantra MP3 shows how to call upon that Holy Name.

The Maria Mantra MP3 we are honoured to present here is an example of the universal invocation of Our Mother God.

In the East, Mantra or invocation is a common form of devotion, based upon the fundamental Truth that God is inherent in Her Holy Names, and that in pronouncing them, we are not simply uttering arbitrary sound-signs that are the product of the human mind in its "evolution", but the fundamental echoes of Truth upon the plane of material sound.

In the West, even before the darkness of the so-called "Enlightenment", with its attempt to reduce all things to material reason, the tendency was toward the exclusive use of longer prayers with a doctrinal or moral content.

In between these two forms falls Orthodox Christianity, and in particular the Hesychast tradition, in which the practice of invocation – or short, repeated prayer – approaches the condition of mantra while still retaining an element of doctrinal, or moral, prayer.

Perhaps the primary example of this is the Prayer of the Heart, which, in the feminine form favoured by Bishop Sarah of the Church of the Divine Heart, is as follows:

Virgin Mary, queen and mother of all, have mercy upon me.

This encapsulates, in a very short space, the essence of a Marian thealogy and soteriology.

In Déanist practice, particularly in the Sucrishi Way, which emphasises pure Love as the "one thing needful", a formula of similar type is used. Its most common form is known as the Heart Invocation:

Marya, O Marya, enter my heart as Thy Love

This may be repeated with or without the form of a chant.

It is closer to mantra in that its primary emphasis is on the repeated Name, Marya (or Maria). The MA etymon, as we have often explained, is one of the most universal Names of our Mother God, found in almost every language and culture. It has also been noted that the Beginning of "O Marya" contains an echo of the primordial monosyllable OM.

However, this prayer does also contain a moral or doctrinal element in that it is founded on the primary tenet of Sucrishi spirituality: the understanding that not only is Love all in all, but that all Love is from Dea and that in order to love Her, She must enter our hearts as the Love for Her, in accordance with the Déanic prayer:

"Of mine own self I can accomplish nothing; only so far as Thou art acting through me."

This prayer, then, has two functions: first to invoke Dea through Her Holy Name, in the manner of mantra, and second to lay open our hearts in surrender to Her, admitting our complete helplessness even to love Her adequately, and asking Her to come into us and animate us as Her Own Love.

For this reason it is seen by the Sucrishi as the perfect prayer, to be said constantly.

It is also Universal. The form of the Divine Name is as much Eastern as it is Western; as much Tellurian as it is Herthelan.

It is used alike by strict Filianists and by the purest of pure-Déanists, and by those "in the middle" who see Filianism as a "support" to a simple Déanism.

It makes no credal demands and is founded on the one thing every Déanist agrees upon: the supreme, saving Love of Our Mother God.

The invocation, as presented in this Maria Mantra mp3 is in one of many styles, rhythms and tunes used for this most universal of chants. These often include emotional improvisation and rehearsed or improvised harmonies.

The Heart Invocation is considered by the Sucrishi to be the perfect Invocation both for private devotion and communal spiritual expression.

Permission is granted to load down this MP3 for personal use.

Inanna Lalitha Chant: A devotional chant to the Mother and Daughter on MP3