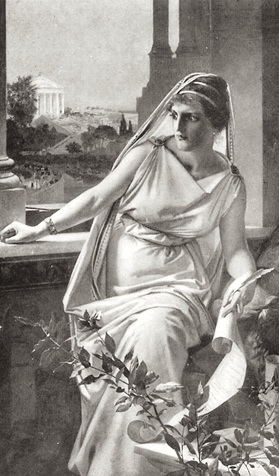 There are two fundamental ways of looking at the world. The modern world view and the traditional world view.

There are only two fundamental ways, because all ways are variants on one of these two.

The first – the traditional world view – is the way that humans have looked at the world since the beginning – it is certainly the way that all known human societies have looked at the world: native Americans, Australian aboriginals, the Chinese Empire, the Indian empire (not the later British Raj), the Persian Empire, the ancient Egyptians, the Incas, the Aztecs, the Inuit, the Moslem civilization, Christendom (before the so-called "Enlightenment") and all other known human societies.

The second way – the modern world view – is the way people in Europe began looking at the world after the seventeenth-century "Enlightenment".

This movement actually began in Periclean Athens and gained momentum throughout the "Classical" civilization. But it did not develop into a truly modern world view – that is, to the point where people were no longer thinking in the way that all humans have thought through almost all their history.

With the fall of Rome, that "Classical" outlook largely died and was not resurrected until the Renaissance – which means "rebirth" and refers precisely to the rebirth of the Classical civilization. It was at this point that the modern world view began to take shape.

But even during the Renaissance people still largely held to the traditional world view. The real modern world view did not begin until the so-called "Enlightenment" of the mid 17th century.

What is the traditional world view?

This is a large subject, but to summarize a little of it, one salient characteristic that all the diverse traditional civilizations have in common is that they saw the universe as an intelligent and intelligible whole. They would not say, for example as a typical product of the modern world view recently said to us:

How can you explain human intelligence in terms of the sun and the moon? They are meaningless, since the sun is a huge ball of burning gas and the moon is a projectile rotating around a planet.

The traditional world view held that all things had meaning, and that the sun and moon represented primary principles that govern all being.

Was this ignorance? Was it that they did not understand about gas and satellites? That, of course, is what post-"Enlightenment" propaganda teaches. Many traditional societies did not know much about the physical properties of the universe, because that is not what primarily interested them. On the other hand, quite a few of them knew a surprising amount about the physical "facts" but understood that they were only the outward signs of eternal Principles – not mere physical "accidents" as the modern mind imagines them to be.

The "Enlightenment" brought in a new doctrine, which truly began the modern world view. This was the doctrine that the physical senses are our only source of sure knowledge. In doing this they turned their backs on the wisdom of the whole of humanity before them. They believed that physical facts and "evidence" are our only way of knowing.

Descartes was one of the earliest proponents of this new skepticism, and he was a very radical thinker. He said that ultimately we can be sure of nothing, not even the evidence of our senses. All we can know for certain, without any reliance on traditional wisdom, is cogito ergo sum – "I think therefore I am". He was quite right. If we are genuinely skeptical, we should not logically make a special exception for the sense-data and their supposed "evidence". But, of course, without "cheating" and making a special exception, there could have been no further thought.

So the "empirical" doctrine was born, in which material "evidence" became the only basis for any acceptable knowledge and the aggregate wisdom of millennia was arrogantly cast aside.

This was purely an arbitrary decision. It has become a faith. It is not the only way the world can be seen, and it is not the "obvious" and "transparent" way that modern people seem to imagine it is. It is one particular way that is so ingrained into the modern consciousness that for the most part they can conceive of no other way, and when they see another way, they demand that it prove itself by satisfying the demands of their way. Demanding material evidence of non-material things is like asking chess to prove itself by scoring a touchdown.

If anyone seriously wants to learn more about this way of looking at things I strongly recommend that you read this. We think it is the best introduction for anyone who really wants to understand the two ways of looking at the world.