A Note on Nature Religion 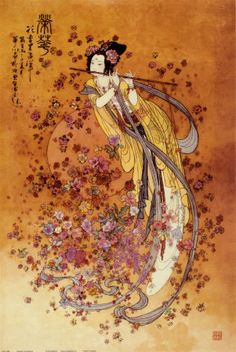 In a recent sermon, the subject of "nature religion" was raised. While the faith of our Mother God is not a "nature religion" in the current sense of that word, it has a great respect for nature, believing natural things to be part of the cosmic consciousness and thus rooted in the Divine.

The Déanic understanding, like all traditional understanding of nature, is that all things emanate from their Divine Archetypes. All the essential forms of manifestation (or Creation, to use a more Western "religious" term) existed long before they were crystallized in matter and will continue after the material world has ceased to exist.

Thus they are not material things made sacred, but sacred things made material. This is the fundamental premiss of all genuine traditional "nature religion" and indeed of all traditional thinking about nature. It is one that is largely lost to the modern West, which sees material existence as a thing-in-itself.

Modern "earth religions" broadly begin from the current Western materialist concept of nature — which sees the material world as self-existent — and attempts to see that as somehow "divine".

It sees traditional religions with their profound respect for nature and imagines that the nature they are talking about is the only nature the current Western mind can readily understand — a stand-alone material nature. It thus can only attempt to create a hybrid of two radically different views of nature — and one which, by its very nature, can be true to neither.

Déanic tradition, like other genuine traditions with a high thealogy of nature, sees nature as spiritual first and material only secondarily. Thus it is inherently divine. Nature is, as it were, the crystallization of the Divine Mind — the gift of the Mother to her Children.

Here is the brief discussion that followed the sermon:

Questions and Answers on Nature Religion and Shinto

Q: I was just thinking about the various modern nature religions and how much of a better job Shinto does than the others I'm familiar with. I can't quite explain how except that there is a sense of humility and of being small. And living in that house Mother built.

Sorry, I am not quite sure what that would even mean to us, but that is what came to mind.

A: I think you are very right. Shinto is founded on the understanding of "nature" as inherently Divine.

Modern "nature religion", on the other hand takes "nature" as defined by "science" (i.e., material observation and deduction) — a primarily physical phenomenon — and tries incongruously to "divinize" it.

Q: I like Shinto forms of worship better, too. It's like a grown-up level of what my small daughter does to please me. Which is not to say it isn't quite sophisticated, it is.

A: It is fusawashii — appropriate and proper.

There is a Deanic "test" of real vs "feminist" "goddess-religion": "did you create Dea or did Dea create you?"

And of course they are really the same question.

The first one is using a "language" more understandable by post-Christian Western culture — Western irreligion being specifically Judeo-Christian irreligion.

Q: Yes. It's very funny how often its adherents fail to recognize that.

A: They are like fish who do not know what water is because they cannot conceive of anything other than water. Atheism is a specifically Christian heresy.

Q: But, I feel that a bit, if one wants a living Tellurian example of how to do the nature reverence thing, Shinto might be the best. Do you think that might be so,  Ma'am?

The other forms are probably too inaccessible to civilized (i.e., city-based, from civitas=city) cultures.

There are elements of it in Chinese religion, of course, but they were largely  absorbed into Taoism. Shinto is interesting in that respect — in that it is somewhat organically reformed.

What I mean is that traditions need to adapt to the conditions of more materialized ages or else they decay (as Classical and Teutonic paganism did).

Generally there was some conscious reform, like those of Lao-Tzu, Confucius, Shakyamuni, Sri Sankara etc. Shinto seemed to reform as much as it needed to by a kind of gentle, non-invasive osmosis from Buddhism and Confucianism.

The Wheel of the Year