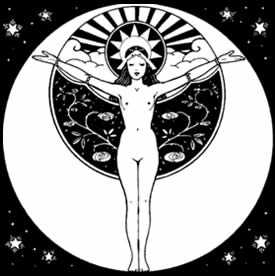 The origin of the universe is a question fundamental to any science, any philosophy or culture and any world-outlook. Most people in the West today look to what they term "science" – that is, physical science – for the answers to such questions.

However, when we give that science its proper name: physical science, we immediately see its limitations. It is precluded by its own "rules of engagement", its own parameters as a discipline, or group of disciplines, from considering anything outside the physical universe: that is, outside time and space.

Clearly this is a difficulty, for when considering the origin of any thing, we have to look outside that thing itself.

Bearing this in mind, how much can physical science tell us about the origin of the universe? The most widely held theory is the so-called "big bang" theory which states that at t=0 (that is, at the beginning of time) a fundamental "fireball" erupted. This "fireball" was of the most extreme possible density and heat. Since then the universe has been expanding from this highly condensed and heated condition – cooling expanding and losing density.

What physical science cannot explain is where this first fireball came from. Some have postulated that it "erupted" through from a negative or anti-matter universe, but this leaves unanswered the question of where the negative universe came from. In other words one may verbally answer the question of the origin of the universe by saying "in another universe" but the question of ultimate origin – of where all universes come from – is left as obscure as ever.

This, as we have said, is not an accident or a shortcoming of physical science. It is the point at which physical science reaches its limits of definition. Since it is defined as the science of the observable – that is, of the five senses plus any material augmentations – it cannot, by definition, speak of that which is "outside" space or "before" time. Were it to do so, it would cease to be "science" in the modern definition of the word.

In other words "science" (i.e. physical science) cannot by definition answer the question of the origin of the universe.*

The "big bang" theory itself adheres strictly to the methodology of physical science and bases itself both on evidence and on a certain very fundamental and unprovable assumption. This assumption, the Copernican Principle, is that observers located anywhere in the universe would make similar observations. In other words, that the laws of physics are uniform throughout both time and space. Any honest physicist will admit that there is no evidence for, and no adequate reason for believing, this hypothesis.

Why then is the Copernican Principle adhered to? The truth lies in another principle that has been described as the reduction to discomfort. The well-known reductio ad absurdam – reduction to absurdity – is a logical method which pursues a line of hypothesis until it leads to self-contradictory or impossible ("absurd") results. The hypothesis can then logically be discarded.

The reduction to discomfort, or to agnosis, means that a hypothesis, if pursued to its logical conclusion, would mean that we cannot know the answer. This is not a logical ground for discarding the hypothesis, but it is an emotional ground for doing so.

Since physical science (as indicated by its adoption of the unqualified term "science") wants to know things, it discards those hypotheses that would lead to a state of agnosis. In other words, "science", which is generally regarded as unemotional and strictly factual, has an emotional need as the basis of some of its most fundamental hypotheses. [See more information on the "Reduction to Discomfort" Fallacy]

Is there anywhere else we might look for a more objective account of the origin of the universe, and one not subject to the limitations of definition that "science" (properly and necessarily) imposes upon itself?

For this we must look to traditional metaphysics, whose proper area of study is that which lies outside the physical domain. The modern Western mind will object that metaphysics is not based on physical observation: but, as we have already demonstrated, if it were based on physical observation it would necessarily be useless for the purpose of investigating the origin of the universe.

The modern Western mind may then ask, more reasonably: "Is there any guarantee of the objectivity of traditional metaphysics?" The answer to that, fortunately, is "yes". Metaphysics, whose point of observation is that of contemplative Oneness with Pure Intellect, and which transcends the individual level, is not subject to such emotional considerations as the "reduction to discomfort" methodology that characterises the outer limits of physical science.

Its guarantee is that, despite differences of metaphysical "language", it is always and everywhere recognisably the same. A Christian missionary of our acquaintance, who spent years working with animists in remote parts of the Philippines, told us that when explaining such things as Genesis to them, the problem was not that they did not believe it, but that they could see no difference between this and what they already believed.

Naturally, their "creation account" was not identical with that in Genesis, but it was obvious to them that the same fundamental truth was being expressed in a slightly different way. Ironically, they undoubtedly grasped the real meaning of Genesis much more accurately than the Christian preacher, who saw it in a literalistic manner – an awkward hybrid of the modern "scientific" and "historicist" outlook with the traditional "mythic" one which in fact has the deficiencies of both and the truths of neither.

What, then, can we truly know of the origin of the universe? What we know will be largely in symbolic form, since, as explained in our page on metaphysics symbols are not merely the only way for us to understand with our rational minds that which is outside space-time, but are in fact the very Forms that underlie manifestation itself. Therefore we shall explain things within the symbolic language of Déanism, bearing in mind that this is only a slight difference in perspective from any of the other metaphysical accounts found throughout the world's cultures.

We must first understand that manifestation is cyclical. The outbreathing of the Dark Mother creates all things, while Her inbreathing "destroys", or rather reabsorbs, them. All things exist in potentia within Her, and are actualised during the course of a cycle of manifestation. As explained elsewhere, we speak of the fundamental principle as Her and not "It" because She is infinitely more than a person, while any "It" is by definition less than a person.

The physical universe is only one tiny part of the total cosmos but, like every other part, it will reflect the cosmos as a whole. Therefore its expansion from an infinitesimal Point is in fact metaphysically likely and the "big bang" and expanding universe very possibly contain a measure of truth. We say "possibly" because, when we spoke of the "deficiencies" of metaphysics, we had in mind that it was never intended to describe the physical universe as a thing-in-itself and has never concerned itself with the practical details of manifestation.

Necessarily, though, any "scientific" theory concerning the origin of the universe and its nature will have to be consonant with metaphysics in order to be even possible.

Also the "why" of the universe – the reason for this cosmic "play" (lila) of Dea is something that is clearly beyond our spatio-temporally bound ideas of "causality" and "motivation".

Naturally, we cannot give a complete account of traditional cosmology on this page – any more than we could include a complete course on modern astro-physics. Only a minority of people will wish to pursue the subject that far.

We shall, however, be speaking on this site of such fundamental subjects as the Separation of the Waters, the two halves of the World Egg, which are Heaven and Earth, and also the warp and weft of the universe, which is to say the Essence, or Divine Archetypes and the universal Substance in which they are manifested – this substance should not be confused with physical matter, which is only one very specialised modality of it.

It may be noted in passing that it is no accident in the symbolism of weaving that the vertical warp is static, while the horizontal weft moves constantly across it in the making of a fabric or "creation".

In contemplating the origin of the universe, the fundamental facts to hold in mind are: the cyclical nature of manifestation and non-manifestation and the fact that this great cycle is mirrored in every lesser cycle within manifestation – from the birth and death of worlds to the cycle of the seasons; from the rhythm of day and night to the in- and out-breaths that you have drawn a hundred times in the reading of this page.

The origin of the universe lies in the separation of the waters (of Universal Possibility) and the dance of Our Mother God upon the surface of the waters.

On the level of Love (bhakti) the origin of the universe lies in Our Mother's love for us and Her maternal desire to give us being. While this may be seen as a limited view of the cosmic process, we know that Divine Love is a thing far greater and more wonderful than we can possibly understand, and may well be closer to the underlying urge or causality of the origin of the universe than anything else we can formulate.

Whatever metaphysical researches we may undertake, let us never forget as we kneel before our shrines to Our Mother God, that, in one very deep sense, Love is the origin of the universe.

* Note – As Wikipedia tells us: "Some interpretations of the Big Bang theory go beyond science, and some purport to explain the cause of the Big Bang itself (first cause). These views have been criticized by some naturalist philosophers as being modern creation myths" [emphasis ours]. In other words, any attempt to explain the First Cause or true origin of the universe is ipso facto outside the sphere of "science".

Creation Myths and the Virgin Mary

Science, Truth, and Logic: a note on the "reduction to discomfort"

Or go to the Metaphysics Main Page