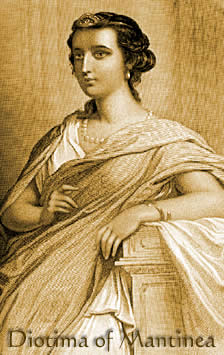 Platonic Love, Platonic Aphrodite, and the teachings of Diotima

Q. In Aphrodite, Greek Goddess of Love it says that Plato and the neo-Platonists divided the concept of Aphrodite into Aphrodite Ourania (Celestial Aphrodite) and Aphrodite Pandemos (Vulgar Aphrodite).

Since Plato was a patriarchal writer far removed from the original worship of the Divine Mother, why should we regard his views on the matter? Also was not Plato's Aphrodite Ourania connected with all-male love?

A. Plato is not merely an individual thinker. He represents the traditional wisdom of the Indo-European tradition, particularly in its Greek, Persian, and Indian strands. It is true that he is patriarchal and sometimes idiosyncratic, but in a time of disruption, Plato voiced the philosophy of the ancient tradition.

On matters of love, Plato's master, Socrates, asserts that he was taught by the philosopher and priestess Diotima of Mantinea, and the Platonic love philosophy is identical in most respects to that of the traditional feminine wisdom.

In distinguishing the Vulgar from the Celestial Aphrodite, Plato and the many traditional-loyalist philosophers who make up the neo-Platonic school of later centuries are rescuing the Goddess from the lascivious vulgarization of the patriarchy.

On the question of all-male love, this did, indeed, figure in Plato's discourse (though not that of most neo-Platonists): but it needs to be understood that this was regarded as a love that was not physically expressed. It was a Platonic love (in the proper sense of the term), not seen as an end in itself but as a stepping-stone to pure Divine Love. 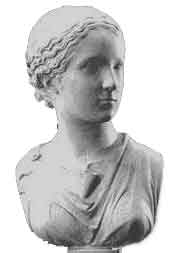 Such love may also take place in an all-female context as it may have done, for example, in Sappho's Academy. However, the reason for its attribution to the Celestial Aphrodite was not its homoerotic nature, but its purity (at least in intention) and its being a spiritual rather than a carnal love.

In truth, any love may become a stepping-stone to Divine love, whether it be romantic love, maternal love, or the love of friends. All are ruled by Sai Sushuri/Aphrodite and all may be forms of Diotimic or Platonic love.

Venus and the inner secret of the universe