The Real Meaning of Christmas 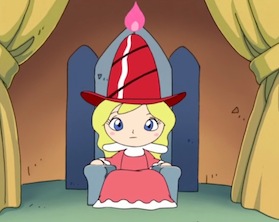 Following the main article on the real meaning of Christmas, I should like to show how the real Midwinter Event lives on in the human imagination when freed from constraints.

Some time ago, this site published an article on Nausicaa of the Valley of the Wind and its religious imagery, which seems like a direct allegory of the Mythos of God the Daughter in The Gospel of Our Mother God.

Naturally it was not such an allegory in the sense of either being consciously intended or directly referring to that particular story. Rather it was presenting Archetypal events that are fundamental to our deeper metaphysical understanding of the world.

In the West, this metaphysical vision has been largely blunted by both Christianity and its "dark twin", rationalist-materialism. In Japan, which still maintains, in many areas of life and culture, a broadly "animistic" view of things, it is much easier for the deeper vision to emerge in fiction.

In Japan, Christmas is extremely popular. It is understood to be a Christian festival, but the exclusivist vision is so alien to the Japanese mind that it is really not a factor. Such notions as substituting the word "Holiday" for "Christmas" in order to de-Christianize it would seem completely meaningless. Most Japanese people take elements from Buddhism, Shinto, and Confucianism as part of their daily lives. Taking something from Christianity too is perfectly normal in their eyes.

But this does not mean that their Christmas is in any sense Christian.

Being freed from the Christian/Reverse-Christian dogmatism of Western thinking, the Japanese imagination is free to rediscover the Winter Solstice Urmythos—the real meaning of Christmas.

I was fascinated to see this in the Anpanman special entitled Anpanman no Jin-Jin-Jingle Bells. Anpanman is an extremely popular character among small children in Japan and, to some extent, other parts of Asia too. Many of the longer movies are, perhaps surprisingly, very moving little epics of considerable metaphysical depth. I and others have spoken at length elsewhere about the astonishing metaphysical profundity and accuracy of certain Japanese anime aimed ostensibly at children (here is a sample in case you are interested).

In Anpanman's Jin-Jin-Jingle Bells, the real meaning of Christmas is told in the most fundamental way. The premise of the story is precisely the "natural" decline into darkness of the world. It is explained early on that every year the Christmas Flame (kurisumasu no honoo) is lit because if it were not, or if the flame were to die:

Christmas Eve would be engulfed in darkness. (More literally, choked or stuffed with darkness).

This is referred to as kurayami no yoru, the Night of Darkness. Kurayami is a strong term for dark, meaning literally black-dark. This black-dark night is what Christmas Eve (the Winter Solstice) would naturally be, without the intervention of the Flame of Christmas.

When the children first hear of this they are terrified, but they are assured that the Christmas Flame will ensure that Christmas Eve is a time of joy and not Darkness. This is the real meaning of Christmas re-told as a simple allegory.

The Flame of Christmas is lit by the Light-bearer Candle-chan, who is in fact a living candle bearing her own light. She is literally the Light of the World. 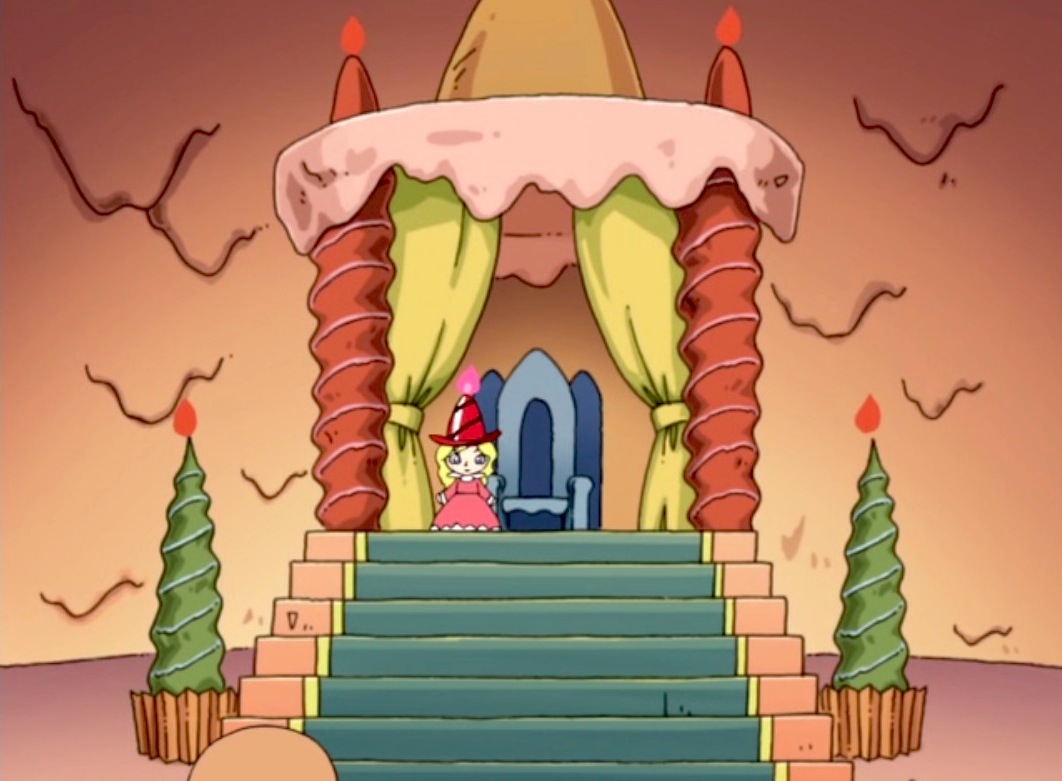 In the Christmas-flame ceremony, Candle-chan ascends her throne in an interestingly cave-like setting and meditates until her flame grows so great it lights up each of the candle-people who are her immediate subjects (light-beings, angels?).

It goes on to light progressively huge candles and then, throughout the world, all people are waiting with their own individual or household candles—the animal townsfolk, the penguin people, the wild-west people, all the different peoples in the many worlds of Anpanman (the series has been running for over 25 years and holds the world record for the highest number of recurring characters of any animation).

Thus the Great Lightbringer illuminates every individual in the world. Without her Light, Christmas Eve would be the reverse of what it is. It would be the Night of Darkness. 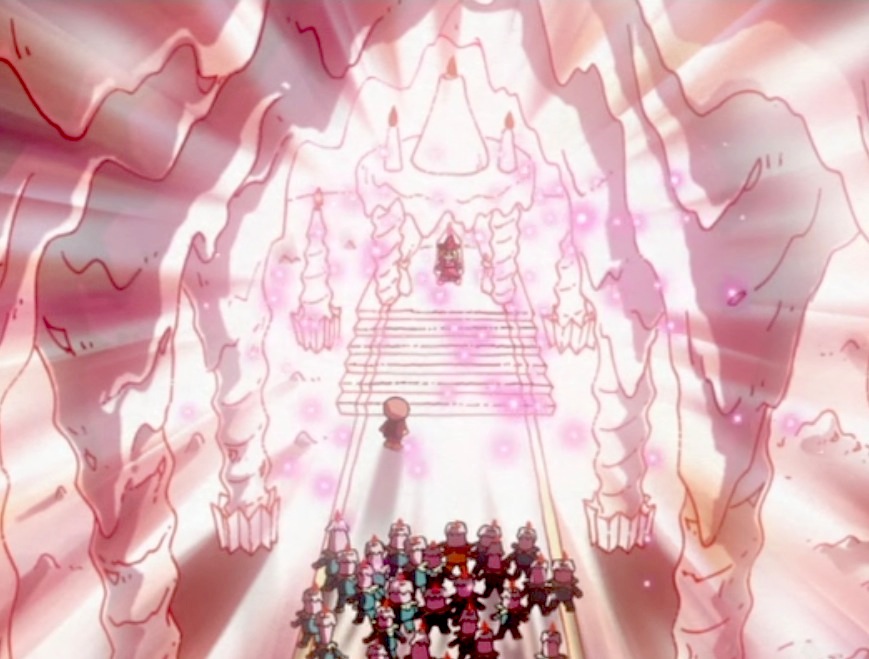 Light of the World

In this story, the enemy, Baikinman, (who is the main agent of evil in Anpanman), decides to extinguish the Flame of Christmas in order that he may become the Lord of Darkness. This makes very clear a fundamental aspect of the real meaning of Christmas: that the dark is the natural pull toward "black eternal chaos". All Baikinman must do in order to bring about the Night of Darkness is to extinguish the Flame of Christmas. If the Lightbringer does not renew the cycle each year, the world will fall into terrible Darkness. In Filianic narrative, this is the role of God the Daughter in sustaining the world in being.

That the Darkness should have its agents is natural to this real meaning of Christmas. In Christianity this role is played by Herod the Great, who in the Gospel of Matthew is said to have ordered the Massacre of the Innocents in order to kill the new-born Messiah. The actual historical Herod almost certainly did no such thing, but the Gospel writer is projecting an archetypal narrative onto historical events.

However, in the Gospel of Our Mother God, there is no activity of Darkness surrounding the birth of the Daughter—though the Mother has previously confronted the Snake and the Daughter will later confront the Dark Queen.

Generally speaking, the story of the Winter Solstice Event does not directly involve the Forces of Darkness so much as the Darkness itself. St Matthew brings in this element in order to fulfill an Old Testament prophecy about the Messiah, while Anpanman's Jin-Jin-Jingle Bells does so in order to provide the dramatic conflict needed for the movie.

In both cases the Darkness/opposition element is not untrue, but is more a conflation of two different parts of the Urmythos.

I should clarify that when I speak of an Urmythos as the great story that includes the true meaning of Christmas among other Events, I am not postulating some "original text" or story that included everything in a "pure" form. This would be (quite literally) absurdly literal.

What I mean by an Urmythos is that underlying Truth that cannot be put directly into words and of which all actual written or spoken Myths, so far as they are True Myth, are reflections. 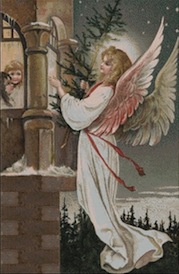 It would be going a little far to call Anpanman's Jin-Jin-Jingle Bells a true Myth! But what it is is one of the best echoes of the True Myth we can find in the current world.

As is so often the case, when patriarchal ideological authority is not involved, the Lightbearer reverts to Her female form, just as in Central Europe the Christkind (currently being replaced by the American commercial image of Santa Claus), originally conceived as the male Christ-child, rapidly transformed into a winged feminine figure in popular imagination.

This could not be done with Christ in Church contexts, since the patriarchal Church hierarchy had full control. But in "folk" contexts such transformations are both possible and frequent.

Anpanman's Jin-Jin-Jingle Bells, being purely fiction, has a completely free hand and, more importantly in these times, is created by imaginations of immense good-will who are free from both Christian dogma and its mirror-image by-product, secularization.

The movie has not been translated into English and very probably never will be, which is unfortunate, as it is one of the very few films about the real meaning of Christmas.

Cure Dolly is a blogger and author on Japanese subjects.

All about Nativity: the Filianic Midwinter Festival

The Christmas Tree: Its History and Symbolism

The Angel on top of the Christmas Tree: or is she a fairy?