Our Mother God and the Question of Faith 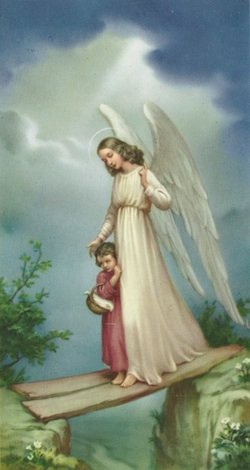 The traditions of Our Mother God are sometimes called a "faith", which is a convenient shorthand way of distinguishing them from some of the less traditional forms of "goddess-ism" as well as from the closely-related materialistic creed of "non-religious" Western people. However, it is in many ways a misleading term.

To begin with the term “faith” itself is not one we would naturally use. We use it in introductory and other materials because we need to use a word people will readily understand without going into complex explanations that will likely simply leave most Western people scratching their heads (as we are afraid we are about to do here).

The very term “faith” already presupposes a certain kind of thought-world, and one that is peculiar to the West and people heavily influenced by Western thinking.

To understand this we need to understand that modern atheism is not the “transparent, neutral” position that is left if you take away “religion”. It is a very special outlook on the world that developed in Europe and Europe only, and is now so deeply ingrained in Western thought that it seems “natural” to most people.

The very opposition between "faith" and "non-faith" has deep roots in Western errors. One might say that atheism/materialism is really a Christian (or at any rate Abrahamic) heresy. It comes out of that world-view. One might go back further and say that Christianity with its very narrow division between “religion” and “non-religion” goes back, on its European side, to what Guénon calls the Classical aberration in Western thought, which is already observable in the pre-Socratic philosophers and certain aberrations of Aristotle.

Without going too much into the intellectual background, which may seem a little obscure—but actually is the basis of why Western people think what they think about more or less everything—let us say that the word “faith” itself has its roots in Christian usage, in concepts like the Pauline and later Protestant concept of “justification by faith” that would be mysterious to almost everyone outside the Abrahamic sphere. Mysterious because they assume a blank, empty purely-material universe in which only one particular tribal religion holds the keys to anything beyond it.

This became particularly marked after the rationalist “Enlightenment” but was present throughout Christian history. It is why Christianity and Judaism clashed so violently with the Roman Empire when the other religions of the time were able to live in peace with it. One might say that Western mind was formed by the convergence of two streams of “exclusivism”: the incipient material/rational exclusivism of the pre-Socratic and Aristotelian stream and the “religious” exclusivism of the Abrahamic stream. In a way, one could say that the two streams, apparently opposed but so fundamentally similar, were made for each other and that is why they married and gave birth to the current Western mind.

The very idea of “faith” comes out of this. It makes very little sense to an Indian, a Chinese, or a Trobriand Islander. It is based on notions of extreme and rather childish literalism in both material ideas and “religious” ones.

Miss Alice Lucy Trent has famously described how this literalism has led to the needless destruction of the traditional Western view of the cosmos.

While these propositions may seem just natural and obvious to the modern Western mind, it is important to understand that no one else has ever held them. They are in fact a very particular point of view, and one that rests on itself. That is to say, you can’t prove it to be true unless you assume it to begin with.

Perhaps it is easier to show the unusualness of the Western outlook, which seems “transparent” and “natural” to most Western people, by showing how things are elsewhere. We could point to many Tellurian models, but, since it is what is important to us, let us look at the Filianic "religion".

We take the Filianic tradition as the basis of our own “religious” outlook, not because we believe it is “exclusively true” but because it is the Form that seems to have been given to us.

Filianism is a particular mythos or story-picture which presents the Truth in a certain narrative.

Now the either/or mind of the West will say “Oh, so you don’t think it’s really true then?” The answer to this is the question “What on earth do you mean by the word ‘true’? Do you think trees are true? Do you think stones are true? What is 'true'?”

Then the Western mind thinks “Oh, relativists”. But actually we are the very reverse of Western relativists. We believe that there is fundamental Truth and that things seeable, touchable, and speakable are reflections of that Truth but not Truth itself. You will find this approach to life in just about every non-Western culture.

We believe the Absolute can be seen through God-with-form, and in Filianism God-with-form is the Mother (while God-without-form is the Dark Mother). In other traditions She is seen differently, but this is simply another approach to the same fundamentally inexpressible Truth.

In some cases, God-without-form is at the center of a tradition. This is the case with Buddhism. Western people seize upon Buddhism as an “atheistic religion”. This is an absurdity projected on a traditional people, as if they inhabited the same “empty universe” as modern Western people. In Hinduism (which is in fact a group of traditions that are labelled “a religion” by Western minds in order assimilate it to the Western phenomenon) the Buddha is widely recognized as an Avatar of the Absolute, not because Hindus do not understand the “non-theistic” nature of Buddhism, but because, unlike Western people, they do.

Conversely (and really we do not mean “conversely” in the oppositional sense, but more fact-reciprocally—how telling that English does not have a word for a harmonious fact-connection that is not a literal logic-connection) Buddhism, while apparently non-theistic (that is, regarding the Absolute as without-form) actually worships Forms throughout East Asia, notably the Buddha, Tara and Quan-Yin/Kannon. Western minds like to regard this as a “departure” from the original “non-theism” of Buddhism. It is nothing of the kind, and only appears so if the falsely-exclusive categories of Western literalism are forced on it.

Now similarly, we regard Filianism as a particular Form. The distinction between the Filianist and the non-Filianic worshipper of Our Mother God is largely unimportant to us. Filianism provides a narrative of the seasons, of the way God-with-Form relates to God-Without-Form, and of the way the Harmony of Being is the manifestation of the Divine.

The extent to which one has "faith"—or believes the Daughter Mythos to be "true" —is really not an issue at all. That concept of "faith" comes out of the literalism of the West. Asking if it is "true" is a little similar to asking if "milk", "Milch", "lait" or "leche" is the true name of the white liquid we drink.